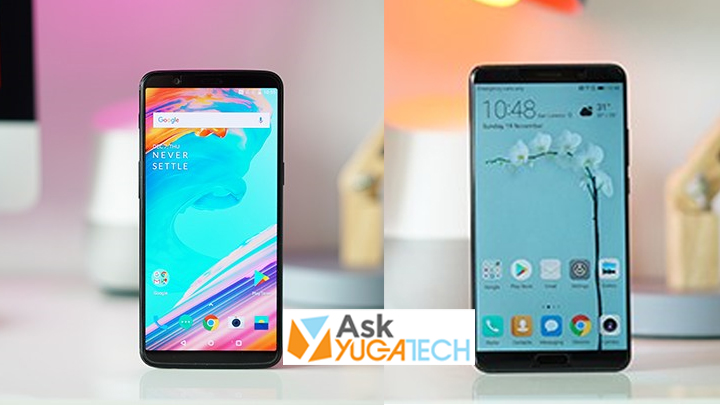 Two flagship smartphones are put side-by-side to see which key specs have the upper-hand in this battle. Which do you think will come out victorious? Let’s find out!

Author’s Note: This will be a specs comparison so we cannot compare them directly.

The OnePlus 5T’s display differs from that of the Mate 10, as the former has an 18:9 screen aspect ratio with an Optic AMOLED display while the latter has 16:9 with IPS LCD, but with a higher screen resolution. In terms of viewing quality, both devices are highly recommended for users who are fond of watching videos. It would be a draw if it weren’t for the higher screen resolution that the Mate 10 has with its display.

Both devices are equipped with a flagship processor. The OnePlus 5T has a Qualcomm Snapdragon 835, while the Mate 10 has HiSilicon Kirin 970. In our article where we faced off both of these processors, it had turned out that they are practically the same in performance which means that users are free to choose either one. In this case, it is shown that they have hardly had differences when tested out in the AnTuTu synthetic benchmark app.

In the same article, the Adreno 540 gave a better performance than the Mali-G72 MP12 by 10%. This means that if users are more inclined to gaming, they can go for the OnePlus 5T.

Both smartphones have a dual rear camera setup, but what makes them different are the main rear camera resolution and the lens technology that was used. For the front camera, OnePlus 5t has double the camera resolution that the Mate 10 has. We’ll let you be the judge of the sample photos that we took here. (OnePlus 5t and Huawei Mate 10)

Overall, if users’ preferences are inclined towards a device with better gaming potential (thanks to a higher RAM capacity and better performing GPU), longer battery life, and a more affordable price then they can go with the OnePlus 5T. On the other hand, if they want to have a smartphone with better viewing experience, expandable storage, Android 8.0 Oreo, and faster mobile data capacity, then the Mate 10 is the right choice.