Mac’z Marababon asks, “Which is better: ASUS Zenfone Max Plus or Vivo V7?” 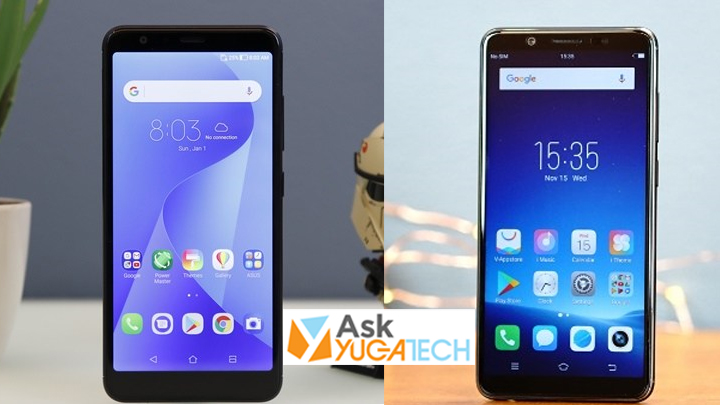 Two smartphones with an 18:9 screen aspect ratio are put side-by-side to see which one is the better one in certain key aspects. Let’s start!

There isn’t that much difference except for their screen resolutions. The Max Plus has the upper-hand in this one since it has a higher one which gives a better viewing experience for users who are fond of watching videos.

The Max Plus has a MediaTek 6750T processor while the V7 has a Snapdragon 425. In terms of architecture, the former is more optimized and power efficient than the latter. Upon testing both devices in the AnTuTu benchmark test, the scores show that the latter has a  better performing CPU.

For gaming potential, the Adreno 506 GPU of the V7 is better performing than the Mali-6750T of the Max Plus.

The Max Plus has a dual rear camera set-up with a wide-angle lens while the V7 only has a single one. As for the front camera, the former has 8MP while the latter has a 24MP one. We have taken sample photos of both devices that users can look into. (ASUS Zenfone Max Plus and Vivo V7)

Note that both devices have a Face unlock feature despite the large difference in front camera resolution.

Despite the Max Plus being dubbed as a “Battery King”, it only lasted for 9 hours and 45 minutes in our video loop test. The V7 lasted for 13 hours and 9 minutes making it the better pick when choosing a long long-lasting smartphone.

In terms of viewing experience, the Max Plus is the better pick. However, if users are looking for a device that has a better CPU and GPU performance with a long-lasting battery life, the V7 is the right choice.

What do you guys think? Let us know your thoughts in the comments section.

Hi just want to clarify why does v7 gets longer lasting battery when it’s only 3000mah vs max plus that has 4139mah?

it varies on how optimized the smartphone is.