Jenny Jeng asks, “Which is better: OPPO A83 or Samsung Galaxy J7 Core?” 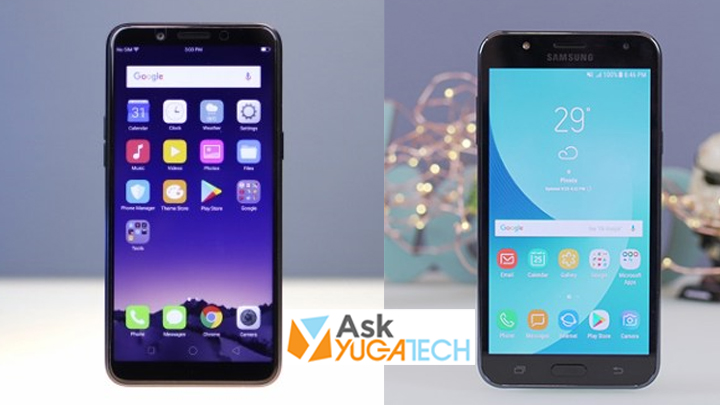 In this matchup, two smartphones with the same price will be put side-by-side to see which one is more worth the purchase. Let’s start!

The Samsung Galaxy J7 Core was released last year and has been advertised as a budget gaming smartphone by the company. It has a 5.5″ 16:9 HD Super AMOLED display with 1280 x 720 resolution, an Exynos 7870 processor, 16GB internal storage, 2GB RAM, 13MP rear camera with LED flash, a 5MP front camera with LED flash, and 3,000mAh battery.

The A83 has the upper-hand due to its larger screen size, aspect ratio, and vertical resolution. While it has a different display type with the J7 Core, both of them have advantages and disadvantages that we discussed before in this article.

The Mali-T830 MP2 GPU of the J7 Core gives a decent performance in terms of playing games such as Mobile Legends, Rules of Survival, Sky Dancer, etc… however, the Mali-G71 MP2 of the A83 exceeds it due to its higher clock speed per core making the former as the better pick for a gaming smartphone.

The A83 has a higher front camera resolution than the J7 Core with the addition of having an AI Beautification Technology making it a better choice if users are fond of taking selfies. We have taken sample shots from both smartphone and here are the images that we’ve produced: OPPO A83 and Samsung Galaxy J7 Core.

The A83 has a 3,180mAh battery while the J7 Core has a 3,000mAh one. When tested in PC Mark’s battery life test, both devices lasted longer than average but the former has a 1-hour advantage. If users are looking for a smartphone with a long battery life, they can go with the A83.

For this matchup, the A83 is the clear winner due to its better specs-to-price ratio. What do you guys think? Let us know your thoughts in the comments section below.