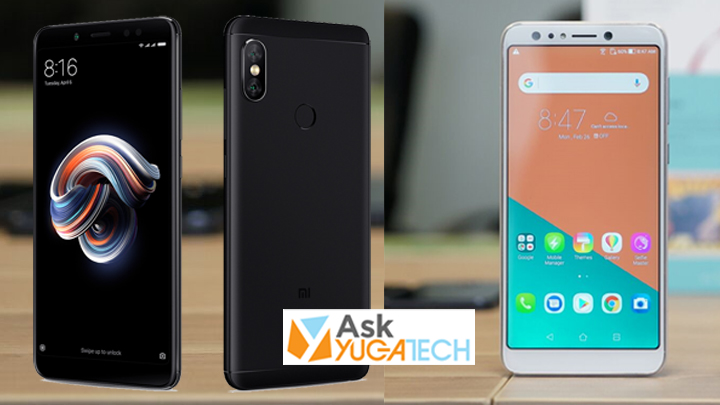 Two new smartphones that were released earlier this year are put side-by-side to see which one has the upper-hand in each aspect. Will it be the Zenfone 5 Lite (2018) or the Redmi Note 5 Pro? Find out below!

Both of the devices carry the same display setup making them on par with each other in this aspect. The 0.01″ difference is not much noticeable in real-world usage so we’ll just leave it as it is. In terms of viewing experience, either of them is a good pick for users who are fond of watching videos.

The Zenfone 5 Lite has a Snapdragon 630 processor with an Adreno 508 GPU while the Note 5 Pro has a Snapdragon 636 with Adreno 509 one. If we base on the numbering scheme of Qualcomm’s processors, we can see that the higher the number, the more powerful the performance of a processor. This simply means that the latter has a better performing CPU as compared with the former.

The Zenfone 5 Lite has a quad camera set up while the Redmi Note 5 Pro has dual rear cameras with a single front camera. The former has higher main rear camera resolution than the latter. We’ll be releasing sample shots from both smartphones soon so stay tuned.

The Redmi Note 5 Pro has a higher battery capacity than the Zenfone 5 Lite. On paper, the former should have a longer battery life based on its display and processor specs. Then again, the verdict is not yet final on this aspect until we get results from battery benchmarking applications.

If users like a smartphone with a dedicated microSD card slot, face unlock, and an Android 8.0 Oreo operating system right out of the box, then the Zenfone 5 Lite is the right choice. If they are inclined to performance and battery capacity, then the Redmi Note 5 Pro should be the right pick.