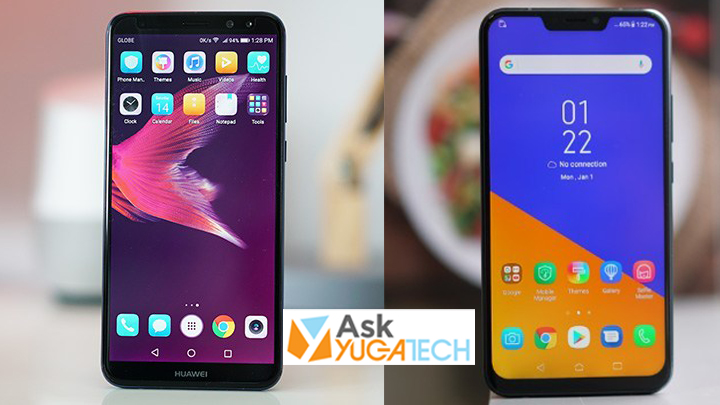 In this specs battle, we will be putting the Huawei Nova 2i side-by-side with the ASUS Zenfone 5 2018 to see which one has an upper-hand in each key aspect. Let’s start!

There isn’t much difference between the two devices except for the small lead of Zenfone 5’s screen aspect ratio and screen size over the Nova 2i. In terms of viewing experience, users can choose the former for better video playback. Do note though that the Zenfone 5 has a notch, so users who are not fond of this design may want to go for the Nova 2i instead.

See also  Samsung Galaxy J7 Plus or Huawei Nova 2i?

In terms of CPU architecture, the new Snapdragon 636 of the Zenfone 5 has a more efficient and optimized architecture than the Nova 2i’s Kirin 659. While the latter has a higher clock speed, it does not mean that it outperforms the former, overall. If we were to rate the processors, it would be something like this: Snapdragon 636 > Snapdragon 625 > Kirin 659.

The Zenfone 5’s Adreno 509 GPU has more gaming potential than the Nova 2i’s Mali-T830 MP2, making the former a better pick if users want to play games with moderate to heavy graphics ones.

See also  What is the use of a Gyroscope?

The rear and front camera resolutions of the Nova 2i are higher than the Zenfone 5. However, camera resolution is not the deciding factor of how good the image quality will be. Check out the sample shots that we got from each other here: Huawei Nova 2i and ASUS Zenfone 5 (2018).

Both devices carry a battery capacity of more than 3,000mAh. The battery life of both devices will depend on major factors like display and CPU architecture. For the architecture, The Kirin 659 has 16nm while the Snapdragon 636 has a 14nm one making the Zenfone 5 a more battery efficient device.

Overall, the Zenfone 5 wins in the majority of the key specs making it a worthy pick for users who would like to have a better viewing experience, CPU performance, and GPU performance. Which device would you pick? Let us know your choice in the comments section below.