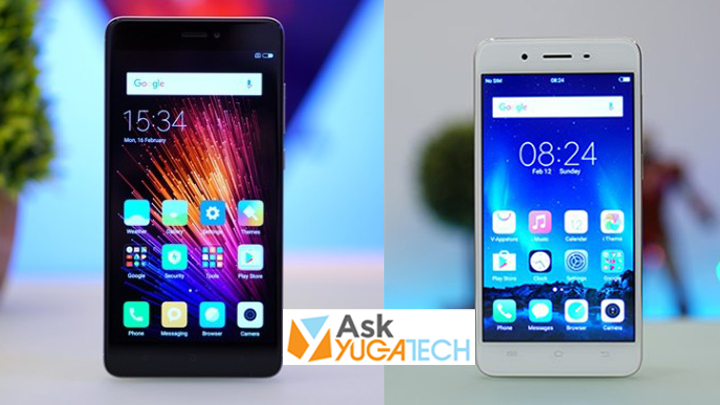 In this battle, we put two smartphones, wit almost the same price, side-by-side to check which one is the better pick than the other. Let’s start!

Looking at the tables above, it’s automatically Note 4x’s win in terms of display. A larger screen size and higher screen resolution definitely hit the spot of users who are fond of watching and/or streaming videos.

The scores from the AnTuTu benchmark show that the Note 4X has a better CPU and GPU performance compared with the Y55s. This is also supported by the fact that the Snapdragon 625 has a higher clock speed, number of cores, and a smaller architecture. In terms of gaming potential, the former has a better one given that the Adreno 506 GPU is usually equipped with a mid-range device.

They both have the same camera resolution but that doesn’t mean that they are of equal quality. Take a look at our sample photos from both smartphones here: Xiaomi Redmi Note 4X and Vivo Y55s.

Based on battery capacity alone, the Redmi Note 4X has a larger one compared with the Y55s. We couldn’t compare their battery performance directly as we had problems running the PCMark battery test on the former.

Overall, the winner of this comparison is the Redmi Note 4X. If users want to have a better viewing experience, performance, and gaming potential, then this is the right smartphone for them. However, if they want an extra storage juice for their device, due to a dedicated microSD card slot, then the Y55s is the right choice.