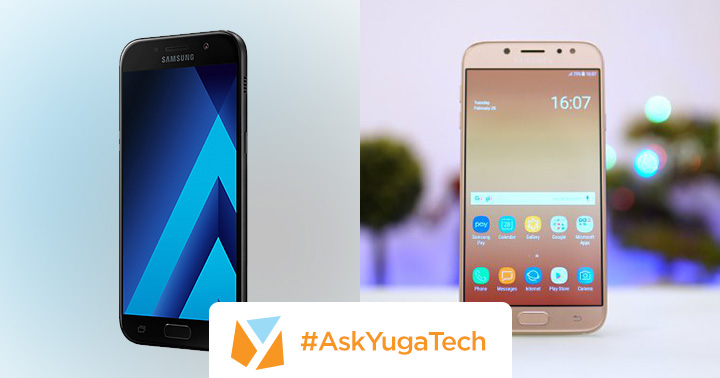 Comparing Samsung Galaxy A5(2017) and Samsung Galaxy J7 Pro can be a bit tricky. The J7 Pro has a 32GB internal storage, has a 5.5″ display screen, and a 3600mAH battery for longer usage.

Here are the advantages and disadvantages of each smartphone from one another:

In the match-up between A5(2017) and J7 Pro, the A5(2017) wins in terms of overall performance. Even though the screen size and battery of A5(2017) are smaller than the J7 Pro, we must also consider that the screen size directly affects the battery life of any smartphones. It’s also worth noting that the added value for water resistance is an extra form of protection for the device. From a personal perspective, even though J7 Pro will be released this month with a price of Php15,990 and A5 (2017) was released last January 2017 with a price of Php19,990, the A5(2017) is the clear pick for this match.

When is the best time to buy an iPhone?

In terms of actual camera output, which is better?

If you take photos in poorly lighted conditions, go for the J7 Pro,since in has a wider aperture(f1.7 vs f1.9). However, if you want better quality and higher saturation in pictures during the day, take the A5. You might also want to consider the newly launched Galaxy J8 if you want a phone in this price range that is strong in photography.

Hi! Based on Samsung PH’s website, internal storage for J7 Pro is only 32 GB: http://www.samsung.com/ph/smartphones/galaxyj7pro/comparespecs/

Kindly clarify if j7 pro ph esition has 32 or 64 gb of onboard memory. Thanks in advance