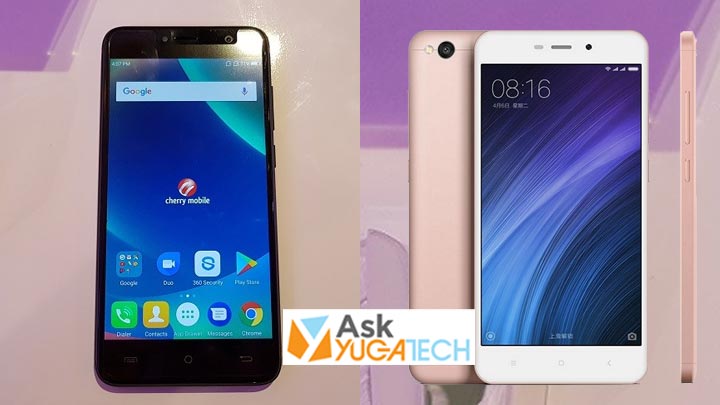 In this match, we will look at the specs of these entry-level smartphones and see which one will come out on top. Let’s begin!

+ Expandable MicroSD up to 128GB

Both smartphones have the same HD resolution but slightly different in screen size. The Flare S6 has a slightly larger screen size compared with the Redmi 4A. When it comes to the viewing experience, the latter packs more pixels per inch at 294 PPI, compared to the former’s 282 PPI. Although you wouldn’t really notice this difference.

The Snapdragon 425 of the Redmi 4A is faster than the MT6737 of the Flare S6. This means that the daily task performance is smoother with the former. A factor would be their clock speed where the latter can only reach a clock speed of 1.35GHz while the former can go up to 1.4GHz. In terms of GPU, the Mali-T720 has a slightly better performing GPU which means that games can run smoother than the Adreno 308.

The Redmi 4A has a larger one with 3,120mAh compared with the 2,600mAh one of the Flare S6. Theoretically, we expect the Redmi 4A to last longer given the larger battery capacity.

The Redmi 4A has a better day-to-day performance speed and quality. For gaming potential, the Flare S6 has a better performing GPU.

The Flare S6 has the upper hand in terms of biometric security thanks to its fingerprint scanner. Another plus is the presence of the USB Type-C. The Redmi 4A, on the other hand, lacks the said scanner and uses the standard micro USB port.

Which entry-level smartphone would you pick? Let us know your thoughts in the comments section below.