Home » Xiaomi Mi A1 or Redmi 5 Plus?
ComparisonsMobile

Adrian Abrogena asks, “Which is better: Mi A1 or Redmi 5 Plus?” 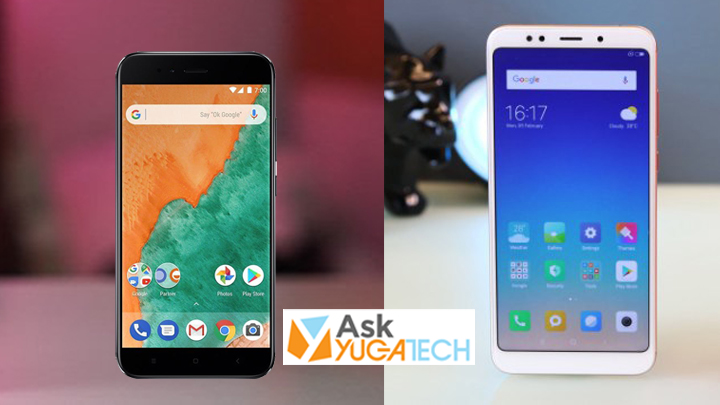 The Xiaomi Mi A1 was launched last year and gained its popularity by being an Android One phone. It has a 5.5″ FHD display, Snapdragon 625 processor, 64GB internal storage, 4GB RAM, 12MP + 12MP dual rear cameras with LED flash, 5MP front camera, and a 3,080 mAh battery.

The Xiaomi Redmi 5 Plus is the company’s mid-range smartphone that has an 18:9 screen aspect ratio. It has a 5.99″ FHD+ display, Snapdragon 625 processor, 32GB/64GB internal storage, 3GB/4GB RAM, 12MP rear camera with dual-LED flash, a 5MP front camera with soft-light LED flash.

The Redmi 5 Plus has a higher horizontal screen resolution and a larger screen size. The Mi A1 is already a pretty good device for watching content,  but the Mi A1 has the upper-hand in this aspect.

There shouldn’t be any differences between the Mi A1 and Redmi 5 Plus’s processors since they both have a Snapdragon 625 paired with an Adreno 506 GPU. Users will have a smooth experience with daily tasks with either of the phones.

The Mi A1 has a dual rear camera setup, while the Redmi 5 Plus has a single one. It is known that the Redmi series doesn’t really produce above average quality images. You can check out our sample photos for the Xiaomi Redmi 5 Plus here.

See also  How to know your Globe SIM card number?

One thing that we personally like is that the Mi A1’s is an Android One phone, which basically means that it runs basically stock Android. We find this to be better than MIUI, so users might want to go with the Mi A1 if OS is a big priority.

Overall, if users want to have a better viewing experience, they should pick the Redmi 5 Plus. If they are aiming for the Android One experience, then the Mi A1 is the right choice. What do you guys think? Let us know your thoughts in the comments section below.

I pondered a lot between these two phones for quite some time but ultimately chose the Mi A1. It has a few more advantages such as USB-C adapter and a metal unibody design and stock Android. This is not to take away anything from the Redmi 5 Plus which I believe is also great offering from Xiaomi. More power Yugatech! Keep everyone informed. Cheers!