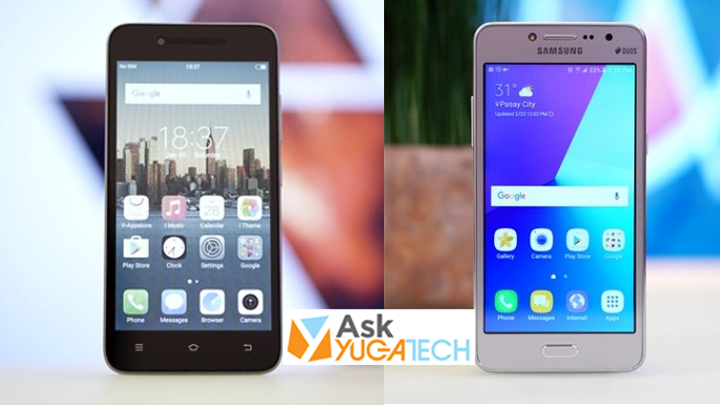 Two budget smartphones that have been around since earlier this year have been chosen by one of our readers for a comparison. Find out who wins in this match. Let’s start!

The Vivo Y53 is one of the budget smartphones that our readers really like to talk about. It has a 5″ IPS LCD display with 960 x 540 resolution, a Snapdragon 425 processor, 16GB internal storage, 2GB RAM, an 8MP rear AutoFocus camera with LED flash, a 5MP front camera with screen flash, and a 2,500mAh non-removable battery.

The Samsung Galaxy J2 Prime was originally been a Lazada exclusive back in 2016, but has since been made official since February of this year. It has a 5″ qHD TFT display with 960 x 540 resolution, a MediaTek MT6737T processor, 8GB internal storage, 1.5GB RAM, an 8MP AutoFocus rear camera with LED flash, a 5MP front camera with LED flash, and a 2,600mAH removable battery.

Here are their benchmark scores

Here are the advantages of each smartphone from each other.

See also  Best Mid-Range Phones in the Philippines for 2022

Both smartphones carry a 5-inch screen with 540p screen resolution, but their main difference lies within their display types. The J2 Prime has a TFT display, while the Y53 has an IPS LCD display, which is an upgrade over the former. IPS displays give more natural colors and better viewing angles, so if we were to be asked which one has a better viewing experience, it would be the Y53.

Both CPUs of the smartphones are almost 2 years old. The Y53 carries a Snapdragon 425 with an Adreno 308 GPU, while the J2 Prime has the MT6737T processor with Mali-T720 GPU. Based on the benchmark scores above, the Y53 has a slightly better performing CPU which means that it will perform faster, but you won’t really notice it in real-world usage. For their gaming potential, the J2 Prime yielded a better result, based on the 3D Mark score.

Both cameras have the same camera resolutions for the rear and front. One main difference, however, is that the J2 Prime has a front LED flash while the Y53 only has a screen flash. For their image quality, we have taken sample shots from both the smartphones that you can check out by viewing our reviews. (Vivo Y53 and Samsung J2 Prime)

See also  Huawei Nova 2i or Sony Xperia XA1 Plus?

The Y53 has a 2,500mAh battery, while the J2 Prime has 2,600mAh battery. When tested on the PC Mark battery test, the latter yielded a slightly better score than the former, but for budget smartphones, they have a decent battery life. One thing to note is that the J2 Prime has a removable battery, which users can replace if they are running low on battery.

If we were to pick, we would go with the Vivo Y53 for its better viewing experience and performance. While both smartphones are the choices of our reader, we would also like to suggest alternative smartphones that he can check out: Huawei Y5 2017, Cherry Mobile Flare S6, Cloudfone Excite Prime 2

What do you guys think? Which budget smartphone would you pick? Let us know your thoughts in the comments section below.