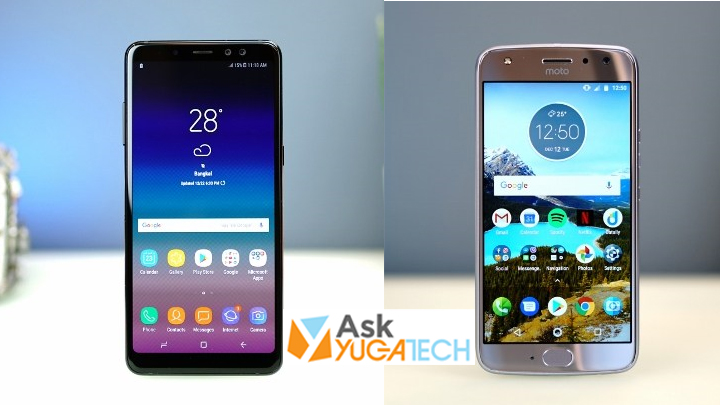 Two upper tier mid-range smartphones that were recently released are put side-by-side. Looking at their specs alone, which do you think has the upper hand in this matchup? Let’s go!

See also  Huawei Nova 2i or Sony Xperia XA1 Plus?

The A8 (2018) has an 18.5:9 screen aspect ratio which is larger compared to the usual 16:9 aspect ratio of most smartphones. Aside from that, it has a larger screen size compared to the Moto X4. As for their display types, the former has a Super AMOLED display while the latter has an LTPS IPS one. In terms of viewing experience, it is apparent that the A8 (2018) is the better choice because of its screen size and aspect ratio.

The Exynos 7885 processor of the A8 (2018) is quite new while the Snapdragon 630 of the Moto X4 is the same with the Zenfone 4 SD630 variant. Upon checking out their benchmark scores, we found out that there is a significant difference with the performance of their CPUs. Both are fast in performing daily tasks, but the A8 (2018) is evidently faster than the Moto X4. As for their gaming capabilities, based on the 3D Mark benchmarking test, the latter’s Adreno 508 is performing better than the Mali-G71 GPU of the former.

To put it simply, if the user wants to have a smartphone with faster-performing speeds, the A8 (2018) is their guy. If they want to have a more pleasant gaming experience, however, then the Moto X4 is the better choice.

Looking at their specs alone, the smartphones have different focuses for their cameras. The A8 (2018) seems to be focusing more on selfie capabilities while the Moto X4 is on rear camera shooting. However, it is not enough to say that the other is better in the rear/front camera aspect. We have taken sample shots from both smartphones which you can check here: (Samsung Galaxy A8 (2018) and Motorola Moto X4)

See also  Samsung Galaxy S10+ vs Galaxy A71 - Which one should you get?

Both smartphones have 3,000mAh batteries with fast charging, however, during our video loop test, we found out that there is a significant difference between them. The A8 (2018) lasted for 18 hours and 30 minutes while the Moto X4 lasted only 13 hours. It is apparent that the former is the better pick if battery life is the reader’s main priority.

In this matchup, we will go with the A8 (2018) since its specs-to-price ratio is a better choice compared to the Moto X4. Viewing Experience, CPU Performance, and Battery Life are the main factors why we chose the former over the latter.

Do you agree with our pick? Let us know your thoughts in the comments section.