Krizzia Viloria asks, “Do a comparison between LG Q6 and Nokia 6.” 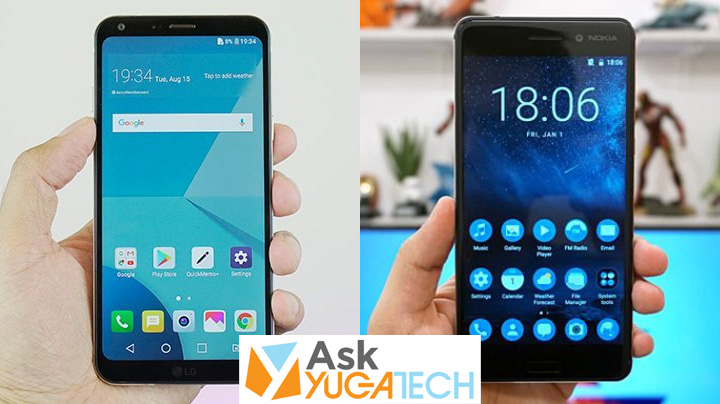 This battle will include a smartphone that has just recently been released and will be up against a reputable opponent. Let’s start!

Here are their specs:

Here are the advantages for each smartphone:

The LG Q6’s main feature is its display with a great screen-to-body ratio just like its big brother, the G6. This also gives the user a good viewing experience especially for those fond of watching videos or playing games. The main difference between their chipset is that the Snapdragon 435 has a faster LTE speed compared with the Snapdragon 430. As for its camera, it may only have a 5MP front camera but it has a wide-angle lens that can capture wider photos. One downside of this smartphone is that it does not support fast charging unlike the Nokia 6.

The Nokia 6, on the other hand, has a larger RAM and internal storage capacity which is an advantage for storing files and multitasking. As for its camera, it has a higher camera resolution for the rear and front camera compared to the Q6 and supports fast charging.

See also  How to know your Globe SIM card number?

As for their photo quality, you can check out our review for the LG Q6 and the Nokia 6.

These are their benchmark scores and battery life test:

As we can see, the Nokia 6 performs slightly better than the LG Q6 when it comes to benchmark scores. Even in our battery test, the Nokia 6 also lasted longer than the Q6 by an hour.