Home » Huawei Nova 2i or Vivo V7 Plus?
ComparisonsMobile 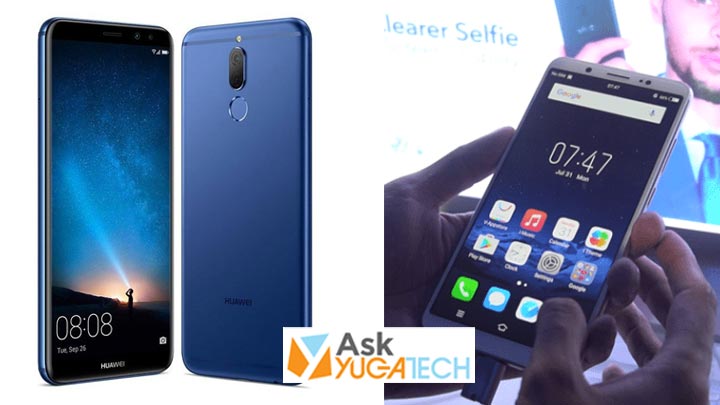 In this comparison, we have two newly released smartphones with a screen aspect ratio of 18:9, battling it out to see which one is better, in different aspects. Let’s start!

See also  What happens to my Samsung Galaxy Note7 now?

Here is a list of advantages each device has over the other.

We don’t have reviews for these smartphones yet, therefore we’ll be comparing their specs on paper for now.

In terms of display, the Nova 2i has a higher screen resolution compared to the V7+. However, the screen size of the latter is bigger. Regardless, both smartphones will provide a good watching experience for users, since they both have a slim-bezel design, which gives way to the 18:9 aspect ratio.

In terms of CPU and GPU, there are a few things that need noting. The Snapdragon 450 of the Vivo V7+ is a new model from Qualcomm, and could be dubbed as a “mini Snapdragon 625” since it almost has the same architecture, but with a lower clock speed (see full details here). Moving on, in terms of CPU, the Kirin 659 of the Huawei Nova 2i is still the better performing chipset since it is basically an upgrade as well from the Kirin 655 chipset. Clock speed also adds to the advantage, as it’s faster than that of the SD 450. For the GPU, the Adreno 506 GPU of the V7+ wins, since it has already been said in our previous comparisons that the Mali T830 GPU is almost at par with the Adreno 505, which, the Adreno 506 boasts a 25% performance increase over it. To put it simply, if you want an overall faster-performing smartphone, go with the Nova 2i. If you want a better gaming potential smartphone on the other hand, then go with the V7+.

For camera quality, we can only base this comparison on paper. It’s worth noting that the Nova 2i has dual front and rear cameras. As for the V7+, it still keeps its main focus for its selfie quality, which is why it has a 24MP front camera. One notable feature for the V7+ is its Face ID feature which lets users unlock the smartphone or do other things by letting the device scan your face, a neat feature for a mid-range smartphone. You can check out our first impressions for the V7+ here.

As for battery capacity, the Nova 2i slightly has the upper hand with its 3,340mAh battery, as compared to the V7+’s 3,225mAh. We cannot say for sure which smartphone has a longer battery life, but the Snapdragon 450 will definitely help, it being the more power efficient chip.

Both smartphones, have their own poisons, so you can just pick which one would you prefer.

Which 18:9 smartphone would you pick? Let us know your thoughts in the comments section below.

Huawei Nova 2i vs Zenone Max Plus m1