Queenie asks, “Which is better: Zenfone 4 Selfie or LG Q6?” 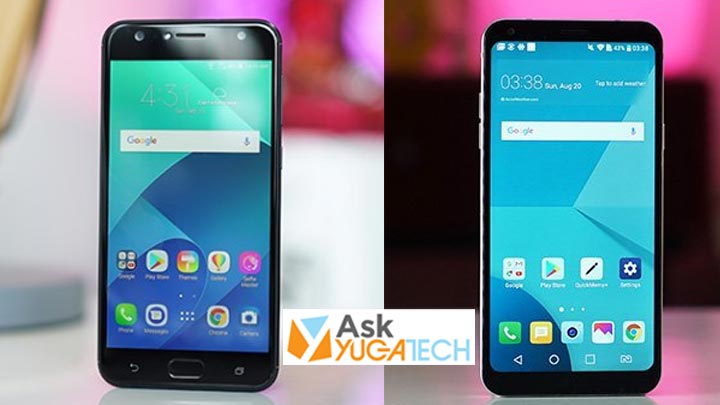 This match is between two newly-released smartphones from LG and ASUS. Which one wins? Let’s find out.

(Note: The LG Q6 and Q6+ main difference is their memory)

The ASUS Zenfone 4 Selfie is one of the six smartphones released by the company last month that boasts its selfie camera feature. It has a 5.5“ IPS display with 1280 x 720 resolution, a Snapdragon 430 chipset, a 64GB internal storage, a 4GB RAM, a 16MP rear camera with LED Flash, a 20MP + 8MP dual front camera, and a 3,000 mAh battery to power up the smartphone.

In terms of display, LG Q6 evidently wins since it has an 18:9 aspect ratio with fewer bezels and a 2160 x 1080 resolution which is good for users who likes to watch videos and play games. The Zenfone 4 Selfie only has 1280 x 720 resolution which is significantly lower than the Q6.

As for the memory, the Zenfone 4 Selfie gives a larger internal storage and memory compared with the Q6, however, they will be at par if the Q6 Plus is being compared. (Note: We are comparing the Q6 instead of Q6+ because we have a review for this unit).

In terms of overall performance, both smartphones are practically the same since they both possess the almost same chipset architecture. The main difference between the Snapdragon 430 and 435 is its LTE speed support in which the latter is equipped with. Checking their benchmark scores, we can see that there is only little difference between them since they carry the same GPU as well. Zenfone 4 Selfie is a bit better performing than the Q6 but it’s not that much evident in real-world usage.

Camera-wise, the Zenfone 4 Selfie boasts its front camera since this is the selling point of the smartphone. It has a 20MP + 8MP dual front camera which is good for taking selfie or “wefie” photos. Its camera also has its “Selfie Master” app feature where users can customize different modes when shooting photos. You can check out our review and sample photos/video for the Zenfone 4 Selfie here. As for the Q6, it has a 13MP rear camera with a 5MP wide-angle lens which provides decent photos. You can check out sample photos and video here.

Which smartphone would fit you better? A selfie smartphone or a display-centric one? Let us know your thoughts in the comments section below.