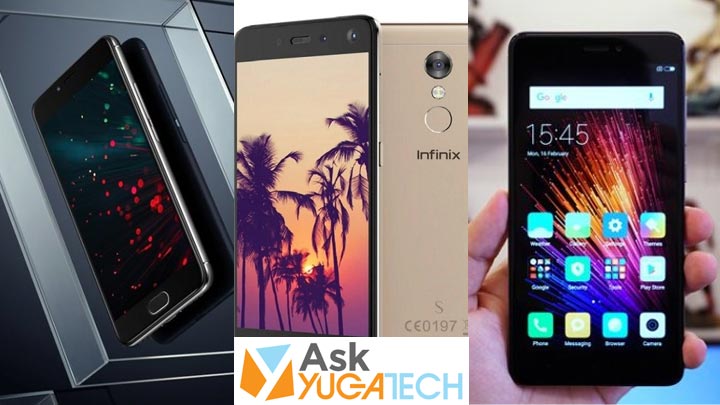 In this triple threat match, we will see which China-manufactured smartphone will have the upper hand. Let’s go!

The Meizu M5s has been announced earlier this year. It has a 5.2” IPS LCD display with 1280 x 720 resolution, a MediaTek MT6753 chipset, 32GB internal storage, 3GB RAM, a 13MP rear camera with Phase Detection Auto Focus (PDAF) and dual LED flash, 5MP front camera, and a 3,000mAh battery to power up the device.

The Xiaomi Redmi Note 4X is the community-favorite smartphone. It has a 5.5“ Full HD display with 1920 x 1080 resolution, Snapdragon 625 chipset, a 32GB internal storage, 3GB RAM, a 13MP rear camera with PDAF and dual LED flash, a 5MP front camera, and a 4,100mAh battery to fuel the device.

Here are the advantages of each smartphone from each other:

= same memory with the other two

= same rear camera resolution with the other two

= same Android OS with the other two

In terms of display, the Meizu M5s has the smallest screen size among the three. Infinix S2 Pro and Redmi Note 4X, on the other hand, has the same screen size. The highest screen resolution would go to the Redmi Note 4X which provides a good watching experience for users.

For their chipsets and GPUs, Xiaomi Redmi Note 4X gives the best performance in terms of CPU and GPU since it carries the Snapdragon 625 equipped with Adreno 506 GPU. Based on previous comparisons, it gives better performance compared with the MT6753 with Mali T720 GPU of the Meizu M5s and Infinix S2 Pro since its GPU belongs to low-tier smartphones.

All of these devices have the same rear camera resolution. For the front camera, Infinix S2 Pro offers more front camera features since it has a dual camera setup with a wide-angle lens. We have yet to know the camera quality of the Meizu M5s and Infinix S2 Pro since we do not have any reviews for it. You can check out our sample photos and video for the Redmi Note 4X here.

If we look at the overall performance of the smartphones, Redmi Note 4X gives the upper hand among the 3 since it has the highest screen resolution, the best performing CPU, GPU, and largest battery capacity. For the remaining two, they are both on the same level except for Meizu M5s’ screen size.

Which of these smartphones would you prefer buying? Let us know your thoughts in the comments section below.