A reader asked which device to get, the Samsung Galaxy M31, or the Realme 6?

Many people are in pursuit of an affordable mid-range smartphone with solid battery life and large displays. And if you’re one of those who prefer rear-quad cameras, there’s a huge possibility that the Samsung Galaxy M31 and the Realme 6 are in your options. To help you decide, we’ve broken down both models in terms of display, performance, camera, and battery. 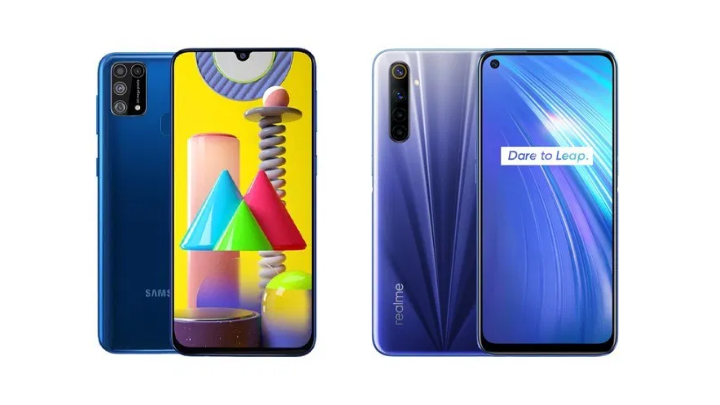 Both the Samsung Galaxy M31 and the Realme 6 sports an FHD+ resolution, with the latter having a slightly bigger screen by one inch. For reference, the Galaxy M31 has a 6.4-inch display protected by Corning Gorilla Glass 3 while the Realme 6 sports a 6.5-inch screen. Realme, however, didn’t state the version of its glass protection. While the latter has a punch-hole that houses its front camera, the former has a water-drop notch. Should you want to experience lesser motion blur and better image quality on the screen, go for the Realme 6 which has a 90Hz refresh rate. But if you want to have a Super AMOLED display, choose the Galaxy M31.

See also  Is the Zenfone 3 overpriced?

Under the hood, the Samsung Galaxy M31 has an Exynos 9611 processor with a clock speed of up to 2.3GHz, while the Realme 6 is equipped with a MediaTek Helio G90T chipset that can hit clock speeds of up to 2.05GHz. Both have octa-core processors and two storage options: 64GB and 128GB. In terms of RAM, the Realme 6 offers more options starting from 4GB, 6GB, to 8GB. We can determine which one performs better once we have both devices in for review.

Upon comparing the specifications of both phones, we found out that the mid-rangers support facial unlock, dual-SIM, and USB Type-C. Although both models run under Android 10, Samsung has One UI 2.0 as its interface. Meanwhile, Realme uses its eponymous UI. Both smartphones also have the fingerprint scanners placed on the rear for the Galaxy M31 and mounted on the right side for the Realme 6. The latter offers a better GPS tracking system while the former has a larger expandable memory up to 512GB via microSD slot.

In terms of battery, the Samsung M31 is the winner with its massive 6,000mAh battery paired with 15W wired fast charging. Meanwhile, the Realme 6 has 4,300mAh battery matched with 30W wired flash charging.

Customers may need to wait for more updates as the local availability and pricing of both smartphones are yet to launch in the Philippines.