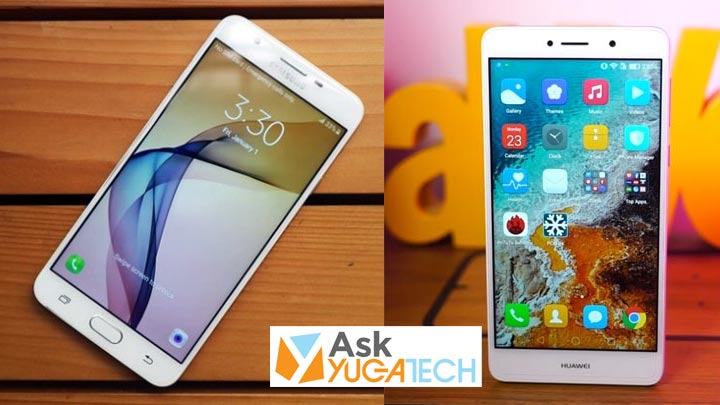 This battle is between two mid-range smartphones with almost identical key specifications. Let’s take a look at which one will win in this match.

In overall specs, the GR5 2017 wins since its Kirin 655 CPU performs better than the Exynos 7870 of the J7 Prime. In addition to that, as we can see on their benchmark scores, there is a significant difference in their performances even though they have the same GPU which is the Mali T830.

As for the camera quality, we will leave it to your eyes to see which one has the better camera quality. Both smartphones have a wide-angle front camera and on top of that, they also have the same front camera resolution. Here is a video comparison of the J7 Prime and OPPO F1s. You can find our video review for the GR5 2017 here.

Upon checking their battery life, the J7 Prime proves to be slightly better when it comes to battery efficiency even though it has a slightly smaller battery compared to the GR5 2017.

For their prices, both are priced at Php11,990 in Argomall (see here for the price listing of the Samsung Galaxy J7 Prime and Huawei GR5 2017)

Do you agree with our comparison? Let us know your thoughts in the comments section below.

YugaTech please release updated info on Nougat update for J7 prime in the Philippines. India had it already OTA