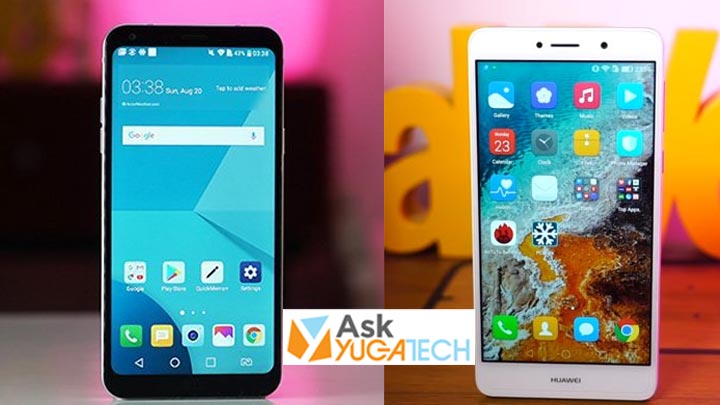 This match is a battle between a newly-released smartphone and a crowd-favorite one. Let’s begin!

The LG Q6 was released last month and has been gathering fame for its display feature. It has a 5.5“ 18:9 aspect ratio FullVision display at 2160 x 1080 resolution, a Qualcomm Snapdragon 435 chipset, 32GB internal storage, 3GB RAM, a 13MP Auto Focus rear camera with LED flash, 5MP wide-angle front camera, and a 3,000mAh battery to power up the device.

The displays of both smartphones are good but the Q6 stands out since its main feature is its FullVision display with an 18:9 aspect ratio and a 2160 x 1080 resolution. For this aspect, the Q6 wins since it gives users a better watching experience with its display. If you want to have a smartphone with slimmer bezels, then go for the Q6.

In terms of overall performance, the GR5 2017 has the upper hand since it has a better CPU and GPU. Checking from their Antutu scores, we can see that there is a significant difference between the two smartphones’ performance. The GR5 2017’s Kirin 655 chipset outperforms the Snapdragon 435 of the Q6. The SD435 chipset, however, has faster LTE support which gives off faster data speed.

As for its camera performance, both of their front cameras have a wide-angle lens so users can easily take selfie shots that can cover a wide area. You can check out our review of the LG Q6 and the Huawei GR5 2017 to check out their photo qualities.

Their battery life performance has almost the same result but the GR5 2017 carries a larger battery compared to the Q6.

Do you agree with us? Let us know your thoughts in the comments section below.

How to check your Globe balance (prepaid and postpaid)?

What happens if I reach my monthly bandwidth quota in PLDT Ultera?

How to reset your Smart Bro Pocket WiFi’s settings configuration