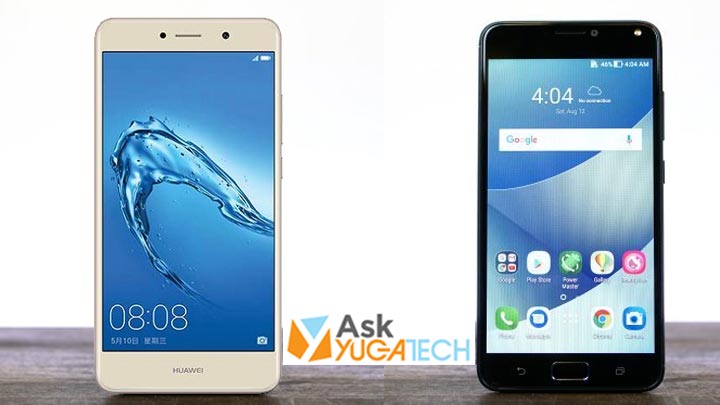 In this match, we will be checking out two smartphones with batteries as the main asset. Let’s start!

They basically have the same specs in this department. For a battery-centric smartphone, both have done a good job since 1280 x 720 screens consume less power allowing the devices to be more power efficient. As for viewing experience, users will still have a decent one even though it is not the usual 1920 x 1080 resolution.

Both smartphones almost have the same architecture on their chipsets. The difference between the Snapdragon 435 and 430 is in LTE speeds but, other than that, the performance speed is practically the same for both. Their gaming capabilities are also the same since they both have the Adreno 505 GPU which gives smooth performances when playing light to moderate graphics games.

In the camera department, the Zenfone 4 Max has the upper hand in terms of specs with its dual rear camera setup with a wide-angle lens and front camera LED flash. We do not have sample photos of the Y7 Prime so we cannot compare them directly, however, we do have sample shots from the Zenfone 4 Max here. We do not doubt the Y7 Prime’s photo quality though since Huawei is known to equip their devices with good camera tech.

For their battery capacities, the Zenfone 4 Max has the upper hand with its 5,000mAh battery compared to the Y7 Prime’s 4,000mAh one. We cannot test the latter’s battery performance since we do not have a unit on hand but we have done tests on the former and it did not disappoint. On our video loop test for the Zenfone 4 Max, the smartphone lasted for 16 Hours and 30 Minutes. The Y7 Prime’s battery life shouldn’t be that far from what we got on the other device but we can safely assume it will be shorter.

In terms of overall performance, either one of the devices is a good choice since they basically have the same speed and performance. Users can have a decent viewing experience and enjoy day-to-day tasks with ease. In my personal opinion, both smartphones are a win-win when you want to have a  power efficient device.

Which one of these smartphones would you choose? Let us know your thoughts in the comments section below.

How much is the renewal of driver’s license in the Philippines 2022?