We’ve been receiving dozens of questions about data caps and, while some of them are specific, the underlying issue is the limitations that come with data capping.

This is not new to the Philippines. When the first WAP service came to the country sometime in 2000, it was originally volume-based charging (you pay per kilobyte). I remember trying out WAP on my Nokia 7110 and after browsing thru the home page and the inside page of our site, the total charge was around Php100. Never tried it again.

However, due to the popularity of smartphones and heavy app usage, time-based charging can at the times be more expensive (e.g. 300MB for 1 week costs Php99 compared to Php350 at Php50/day for the entire week with no data caps) since the data footprint is relatively small (mostly social media apps).

See also  How to activate Free Facebook on Smart

Like death and taxes, data caps are inevitable. So whether we like it or not, it will become the norm. Having gotten used to unlimited data, the recurring question on why internet service providers, mobile carriers or telcos are moving towards data caps will always crop up. The same thing happened with SMS a decade ago.

Data capping is not unique to the Philippines. It’s a globally normal practice that’s been done for the longest time. First world countries such as the United States and most of Europe are heavy on data capping. It’s just the caps are much higher that users don’t reach the ceiling too often.

Putting fixed data allocations per customer allows the carrier to scale their service. Internet bandwidth is a finite service and in order to scale the service, it needs to be flexibly controlled. By allocating data volumes instead of time, service providers can always change the upper limit based on the network capacity and coverage.

Any individual cell tower can accommodate somewhere between 42Mbps to around 100Mbps (sometimes higher with 4.5G networks). If there are hundreds or even thousands of people connecting to this tower at any given time, the speeds of an individual user may be drastically affected and slow down.

In order to manage the consumption and continue to accommodate more connection, limiting the amount of data consumed by each user allows the tower to serve as many connections as technologically possible. It’s not perfect but it’s the easiest and most effective way possible at the moment. 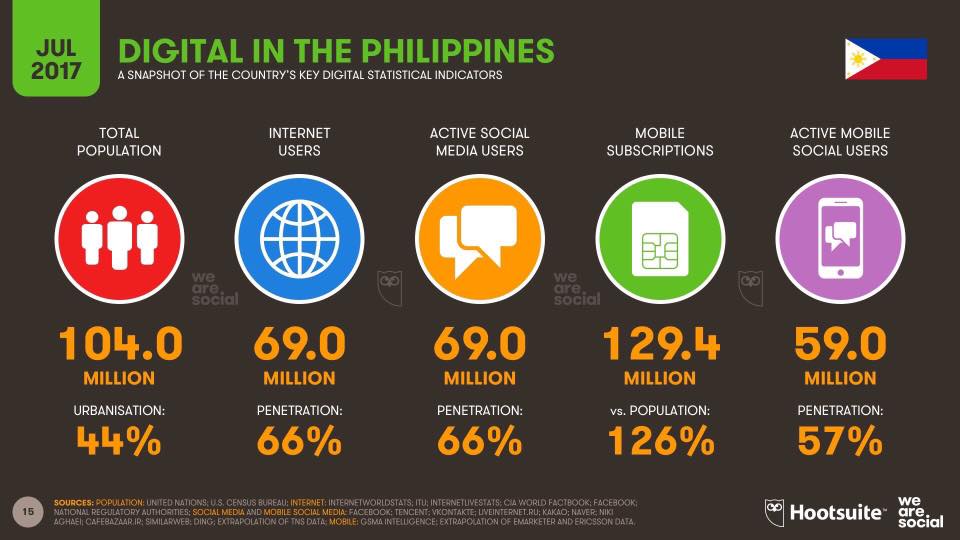 What’s the future for internet in the Philippines?

Data caps are here to stay (at least on mobile although we’re also seeing the trend for home broadband). The most recent report from WeAreSocial is that 69% of Filipinos are already on the Internet. This is a huge growth from 35% a few years ago. We should be seeing these numbers reach the 80% to 90% mark in a few more years.

Likewise, content consumption is exponentially increasing especially with streaming services like YouTube, Netflix or Hooq. What we want to see, despite the data caps, is a more generous allocation that a vast majority of users will not really feel or encounter. That way, the mechanisms for scalability and expansion are in place and do not impede on the usage behavior and convenience of subscribers.

Internet providers here uses the global practice thing as an excuse to deliver poor quality service and gain bigger profits. It’s all about GREED not for better services, because if their aim is to have better services then after so many years implementing a data capping, why the service is still very poor? you can see them at facebook posting free tickets/free items/concerts/trips/etc but their service is very poor. Its maddening because they can use the budget for those things to improve their services yet they refuse to do so. Again, its all about GREED!!!

Cheapest smartphone with 6GB of RAM?